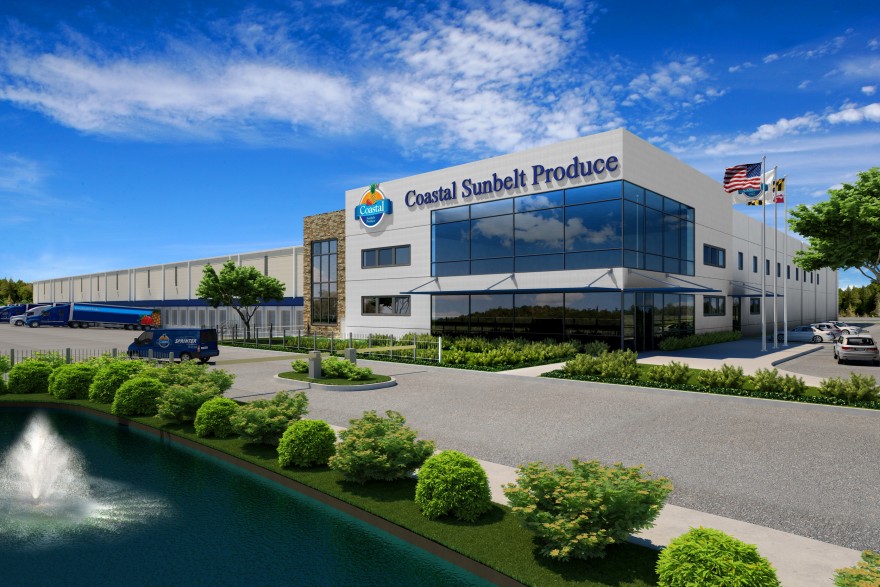 Coastal Sunbelt Produce, headquartered in Laurel, Maryland, is a leading food service distributor of fresh produce in the Mid-Atlantic region. Their primary goal for relocating was location, need for expansion, access to a qualified workforce and specific building and operational requirements. Based on the lack of available parcels in Howard County, Preston Scheffenacker Properties rezoned a parcel to an industrial use resulting in an ideal site; a great location, large enough to handle anticipated growth and expansion, access to major interstate highways, air and rail transportation arteries.

One of the major challenges in developing Coastal’s facility was the need to design and install a central refrigeration system that achieved significant controlled cooling for a variety of products. Temperatures, ranging from -10°F to 55°F, were derived from both glycol and ammonia systems which allowed for the most efficient use of power. The building was approved as a Smart Energy Savers Program Facility.

Coastal moved into their new corporate headquarters in less than two years from when the project first started. Their new building gave them exactly what they needed to continue their impressive operations, growth while creating an energy efficient, Class-A headquarters.